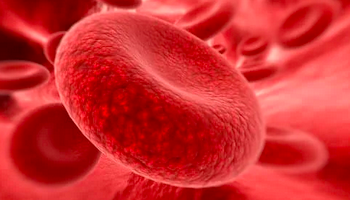 The World Health Organization considers the antiplatelet drug, clopidogrel (Plavix), to be an essential medication. [1] In 2019, it was the 36th most commonly prescribed drug in the US, with more than 19 million prescriptions among nearly 4.3 million patients. [2,3]

Against that backdrop, it would not be unusual for a patient seeking elective total joint arthroplasty to be taking the drug after stent placement or a previous heart attack or stroke. The dilemma for the orthopaedic surgeon: Should I recommend discontinuing clopidogrel before surgery to prevent bleeding, or should I let the patient continue taking the drug to avoid the risk of adverse cardiovascular events perioperatively?

This is not an easy question to answer, given the lack of evidence-based guidelines on clopidogrel specific to orthopaedic procedures.

A new study from the Florida Orthopaedic Institute, however, offers some insight to help in the decision-making process: The researchers found that holding clopidogrel and continuing clopidogrel are both acceptable options for total joint arthroplasty patients, with no significant difference in mortality, complications, or readmissions.

These findings have been published online ahead of print by The Journal of Arthroplasty.

For this retrospective study, the researchers identified 158 patients aged 18 and older who were taking clopidogrel and who underwent elective primary and revision total hip and total knee arthroplasty between January 2016 and February 2020. The procedures were performed by 4 fellowship-trained adult reconstruction surgeons.

The patients were stratified into 2 groups:

Patients in both groups resumed clopidogrel on POD1.

The researchers collected data on:

Overall, 3% of patients received a transfusion postoperatively. This was more likely to occur in the continued to take clopidogrel, with a 9.1% transfusion rate versus 0% for the group that had clopidogrel held. Transfusion status did not significantly affect the postoperative hemoglobin level when measured as a continuous variable.

Per protocol, 95% of patients who continued clopidogrel received general instead of spinal anesthesia. This is related to the risk of spontaneous spinal hematoma in patients whose anticoagulant is not held prior to surgery. However, 3 patients in this group did receive spinal anesthesia in this study, with no adverse events.

Operative time was significantly different between groups, with a shorter operative time in the group in which clopidogrel was not held. The study authors offered 2 possible reasons:

The researchers found no other significant differences between the 2 groups, leading them to conclude that “patients undergoing elective total hip and knee arthroplasty may be safely maintained on clopidogrel without an increased risk of wound complications, infection, length of stay, readmission, reoperation, major medical complications, or mortality.”

However, the researchers cautioned surgeons to keep in mind the potential for an increased risk of postoperative transfusion in these patients.