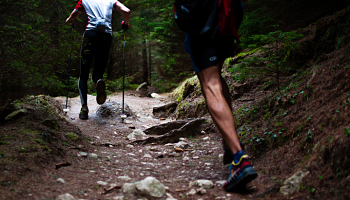 Syndesmotic injuries occur in 10% to 13% of ankle fractures. As one of the primary stabilizers of the tibiofibular relationship, anatomic fixation of the syndesmosis is critical for ankle mortise congruity.

The surgeon has a myriad of options for stabilizing the injured syndesmosis. Historically, stabilization meant the use of screws of various permutations, including quadricortical screws, tricortical screws, a singular screw, and multiple screws. More recently, the suture button has come into favor, chiefly due to the slight plasticity of the construct and the lower incidence of hardware removal.

The goal of the study by Anderson et al was to compare use of a single quadricortical syndesmotic screw fixation with the use of suture button fixation of syndesmosis injury. The primary outcome was the American Orthopedic Foot and Ankle Society (AOFAS) ankle-hindfoot score. Other quality measures included the Olerud-Molander Ankle (OMA) score, visual analog scale (VAS), and EuroQol-5D (EQ-5D) index. CT scans of both ankles were compared at 2 weeks, 1 year, and 2 years postoperatively to measure anatomic reduction of the syndesmosis. Follow-up was recorded for 2 years.

Due to the imbalance in randomization of the fracture patterns, a subgroup analysis was performed, and it demonstrated that suture button patients had higher AOFAS scores at 1 year and 2 years than screw fixation patients, even with posterior and medial malleolus fractures. .

Anatomic restoration of the syndesmosis is paramount to good outcomes following ankle fracture fixation. Malreduction has been shown to cause increased pain and disability and subsequent development of arthritis.

The article by Anderson et al demonstrates better clinical and radiographic results in suture button fixation versus screw fixation of the syndesmosis. This phenomenon may be due to the slight plasticity of the suture button, which is more similar to the functionality of the ligament than a rigid screw. Furthermore, the suture button may allow the fibula to appropriately reduce into the incisura regardless of manual reduction maneuver in the operating room, thereby decreasing user error.

Interestingly, the authors found that the syndesmosis widened over time in the screw fixation group. This seemingly correlated with a plateau in patients’ functional scores, while the suture button group continued to improve clinically from 6 months to 1 year. The authors hypothesized that this could be due to staged implant removal and subsequent deformity, but they noted that it was difficult to define when exactly the diastasis occurred because CTs were not obtained until 1 year postoperatively.

One of the drawbacks of screw fixation of the syndesmosis is the frequent rate of hardware removal. Although prior studies have shown no difference in outcomes following screw removal, many surgeons prefer to remove the screw to prevent breakage or to facilitate range of motion of the syndesmosis. One of the advertised benefits of the suture button is that it does not require removal. This study had a 6% rate of hardware removal in the suture button group, however, which is consistent with other reports.

In conclusion, due to their slight plasticity, suture buttons likely provide a more anatomic reduction of the syndesmosis over time and yield better patient outcomes. Future studies should characterize whether the statistically significant outcomes reported here have clinical relevance. Given the cost differential of the implants and rates of subsequent hardware removal, a cost benefit analysis of usage may also be prudent.

The authors have no disclosures relevant to this article.

This article was originally published Fixing the Syndesmosis: Suture Button Versus Screws in the NYU Langone Orthopedics Journal Watch section of  www.ICJR.net. Republished with permission.