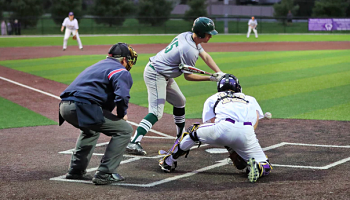 High school- and college-age athletes who undergo anterior cruciate ligament reconstruction (ACLR) are more likely to require a revision procedure if they received a hamstring graft instead of a bone-patellar tendon-bone (BTB) graft, according to research led by Christopher C. Kaeding, MD, from The Ohio State University in Columbus.

The findings were presented at the 2019 Annual Meeting of the American Orthopedic Society for Sports Medicine. The study included 839 patients age 14 to 22 (median age 17) who:

At 2 and 6 years after surgery, the researchers contacted patients to find out if they had undergone subsequent surgery, either on the operative knee or the contralateral knee. They obtained surgical reports for patients who had undergone another knee procedure, if possible, to document the pathology and treatment.

“There is a high rate of subsequent ACL surgery in both the ipsilateral and contralateral knees in this young athletic cohort, with evidence suggesting that incidence of ACL graft revisions at 6 years following [the] index surgery is significantly higher in hamstring autografts compared [with] BTB autografts,” Dr. Kaeding said.