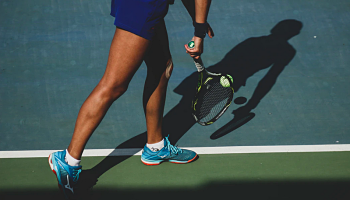 In a retrospective review, Mora et al assessed the return to sports and physical activity in 33 adult patients age 55 and younger who underwent open reduction and internal fixation (ORIF) for a Lisfranc injury. Follow-up was a minimum of 18 months.

The fixation method included a Lisfranc screw from the medial cuneiform to the second metatarsal base and bridge plating of the involved tarsometatarsal joints. The hardware was removed 6 months after surgery. The results were measured with a new sports-specific, patient-administered questionnaire and the Foot and Ankle Outcome Score (FAOS).

RELATED: Register for the 10th Annual Current Solutions in Foot and Ankle Surgery

This study provides helpful information for recreational athletes who have sustained Lisfranc injuries requiring operative intervention. The results indicate that “weekend warriors” should be able to return to some form of sporting activity. Furthermore, any ongoing symptoms seem to be relatively minor in that they did not affect activity level in this study.

Controversy exists regarding ORIF versus primary fusion in patients with Lisfranc injuries. There is also debate on the choice of fixation when a surgeon chooses ORIF. The internal fixation technique used by Mora et al avoids intra-articular screws, which can cause articular cartilage damage. Bridge plating allows preservation of the articular cartilage, but until further data are available, surgeons should choose the technique that allows the best anatomic reduction of the fracture and joint in their experience.

Limitations of this study includes:

Further studies are needed to determine if post-traumatic arthritis develops and if surgical intervention with ORIF limit sporting activity at longer-term follow-up.

The author has no disclosures relevant to this article.

This article was originally published as Most Patients Could Return to Sport and Physical Activity after ORIF for Lisfranc Injury in the NYU Langone Orthopedics Journal Watch section of  www.ICJR.net. Republished with permission.