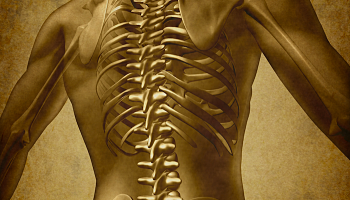 A total of 112 patients were included in the study, and they were randomized into the 3 treatment groups and followed for 2 years. The researchers found no statistically significant differences in baseline characteristics among the 3 treatment arms after 2 years. Overall, NDI had decreased by 60% from baseline 2 years after surgery irrespective of surgical procedure.

Prior studies have demonstrated a 10% to 20% increase in ASD in patients treated with ACDF compared with those treated with ACDA. However, these studies have included patients with both radiculopathy and myelopathy. The study by Vleggeert-Lankamp et al is the first longer-term, multicenter, double-blind study to compare outcomes of ACDA versus ACDF versus ACD in patients with radiculopathy only. This stratification takes into account the fact that patients with myelopathy tend to have more degenerative changes in the cervical spine. In addition, the study offers acomparison with ACD, which differs from the many studies comparing ACDF and ACDA.

The study by Vleggeert-Lankamp et al originally aimed to make ASD the primary outcome measure, but the power analysis required about 700 patients, which would take close to 15 years to reach given that the annual incidence of ASD is 2% in ACDA and 7% each in ACDA and ACDF. The use of NDI as the primary outcome allowed for faster and more efficient quantification of a difference among the 3 treatment arms with fewer patients. The study did not ultimately reach the goal number of patients to achieve 80% power; however, the results of the study unequivocally demonstrate no difference in the primary and secondary outcome measures.

In addition to the presence of myelopathy, exclusion criteria for this study were absence of cervical motion, less than 3 mm of intervertebral space, and kyphosis of greater than 3. Given that ACDA is more costly than ACDF and ACD, and given that other studies have shown a greater incidence of ASD in ACDF, perhaps in certain groups of patients – such as those with single-level radiculopathy – there is no significant difference in ASD in the long term among the surgical treatment options.

Follow-up studies are needed to answer the remaining questions. The relatively low number of patients makes it difficult to perform subgroup analyses in the 3 treatment arms. Perhaps age subgroup analysis among patients with radiculopathy at a single level would determine a difference in the development of ASD in younger versus older patient based on the procedure performed. In addition, perhaps a follow-up period longer than 2 years is required to detect a difference in ASD among the treatment arms. Studies with both longer-term and larger sample sizes are needed to determine any true differences in the various outcomes and any patient-specific circumstances that favor the use of ACDF versus ACDA versus ACD.

Overall, the results of this study highlight that at least in the short term, no differences exist among the 3 anterior cervical procedures when comparing patients with single-level cervical radiculopathy.

This article was originally published as Comparing Treatment Options for Cervical Radiculopathy in the NYU Langone Orthopedics Journal Watch section of  www.ICJR.net. Republished with permission.