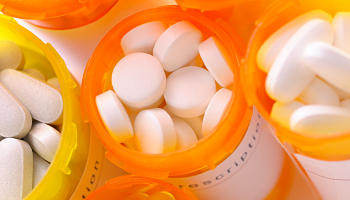 Prescribing a non-steroidal anti-inflammatory drug with only a rescue prescription for an opioid resulted in lower opioid consumption and no difference in pain scores in patients who underwent arthroscopic shoulder instability repair compared with patients who received a prescription for an opioid alone, according to a study from NYU Langone Health.

These findings were presented at the 2019 Annual Meeting of the American Orthopedic Society of Sports Medicine.

The National Institute of Drug Abuse reports that more than 130 people die each day in the US from an opioid overdose. The Centers for Disease Control and Prevention estimates that the total “economic burden” of prescription opioid misuse alone in the United States is $78.5 billion a year, including the costs of healthcare, lost productivity, addiction treatment, and criminal justice involvement.

As a leading prescriber of opioids, orthopaedic surgeons continue to examine what they can do to contribute to reducing the use of opioids in the US.

For this study, the researchers randomized 40 patients who were scheduled for arthroscopic shoulder instability repair between December 2017 and May 2018 into 2 groups:

The primary outcomes were the number of oxycodone/acetaminophen tablets used in the first week after surgery and the VAS pain scores on POD1, POD4, and POD7.

The researchers found that total opioid consumption was significantly lower in the multimodal group compared with the opioid group (P<0.04), as well as between POD0 and POD4 (P<0.04). They did not note any significant differences in VAS pain scores in the week after surgery.

“It is possible to alleviate postoperative pain with lower amounts of opioids than are currently being prescribed,” Ms. Thompson said. “The public health crisis of opioid abuse requires an immediate solution beginning with the reduction of postoperative narcotics distribution.”