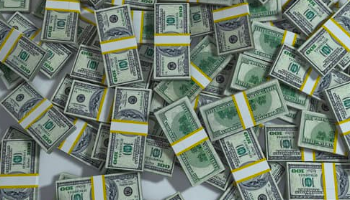 A study from New England Baptist Hospital in Boston is raising questions about the value of non-operative therapies and other procedures for knee osteoarthritis (OA), finding that patients incur considerable cost in the year before finally undergoing total knee arthroplasty (TKA).

Not only that, but the researchers also found that the type and cost of the treatments recommended for patients with late-stage knee OA can vary substantially, depending on factors such as geographic location and insurer.

The findings have been published online ahead of print by The Journal of Bone & Joint Surgery.

Using the IBM Watson Health MarketScan databases, the researchers identified nearly 24,500 patients who had undergone primary TKA in 2018 and 2019. They then analyzed the insurance claims for these patients, examining the types and costs of the non-operative treatments and procedures that the patients had undergone in the months leading up to their knee replacement.

The treatments and procedures were divided into 5 categories:

In their analysis, the researchers found the following:

Total knee arthroplasty is a highly effective and cost-efficient treatment for knee OA, but the decision to recommend TKA can be “extremely complicated,” the researchers said, involving factors related to patients, providers, and insurers. For example, insurers may require some period of non-operative treatment before authorizing coverage for TKA.

With the national focus on reducing healthcare costs while delivering high-value care, however, the requirement of non-operative treatment in the months before TKA warrants evaluation. The researchers estimated the total cost of non-operative treatments for knee OA to be $2.4 billion over a 3-year period, and they said that those costs are likely to increase in the future.

“For patients who eventually undergo TKA, the cost-effectiveness of these [non-operative] treatments right before TKA needs to be carefully considered as the [healthcare] system transitions toward a value-based model,” the researchers concluded. They also noted that some non-operative treatments – for example, intra-articular injection of hyaluronic acid and corticosteroids – do not have strong evidence of effectiveness.

The researchers called for further studies focusing on the benefits of non-operative treatments at different stages of knee OA.