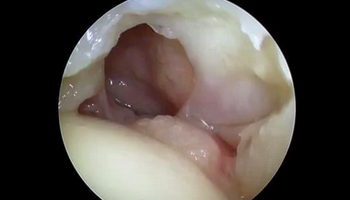 The orthopaedic literature suggests that hormone levels may be a systemic factor contributing to the development of rotator cuff tears.

A recently published study based on data from 2 nationwide health insurance databases adds to this evidence: Researchers from the University of Utah found an association between a significantly increased incidence of rotator cuff repair and a deficiency of estrogen in female patients and testosterone in male patients.

This retrospective analysis, published online ahead of print by The Journal of Bone & Joint Surgery, is the first study to directly analyze the effects of estrogen or testosterone deficiency on the incidence of rotator cuff repair in humans.

The initial evaluation included nearly 230,000 adult patients under age 65 who underwent surgery to repair a torn rotator cuff between 2008 and 2017, with data drawn from the Truven Health MarketScan database. Patients were matched for age, sex, and type of insurance to an equal number of patients who did not undergo rotator cuff surgery.

On analysis, the data showed that 27% of women and 7% of men undergoing rotator cuff surgery had a diagnosed sex hormone deficiency, compared with 20% and 4% in the control group, respectively.

To confirm these findings, the researchers evaluated the Veterans Genealogy Project database, which includes data on millions of individuals linked to Veterans Administration health data. In this independent database, rotator cuff repair was about 2.5 times more likely for women with an estrogen deficiency (P< 0.001) and 3 times more likely for men with a testosterone deficiency (P< 0.001).

Building on Past Research

This study builds on a prior study by the same research group that had demonstrated a greater likelihood of developing rotator cuff disease, with higher rates of failed rotator cuff surgery, among women with mutations in an estrogen receptor gene. [1]

The researchers noted some limitations of the present study, such as the lack of Medicaid patients represented in the study and the inability to account for the effects of hormone replacement therapy.

However, the observed association between sex hormone deficiency and rotator cuff repair strongly supports the theory that low estrogen and testosterone levels may contribute to the development of rotator cuff tears.

“Future prospective studies will be necessary to understand the relationship of sex hormones to the pathophysiology of rotator cuff disease,” the researchers said.