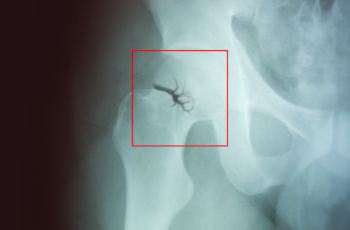 Most middle-aged and older adults – even patients older than age 80 – recover their ability to live independently within a year after surgery for a hip fracture, according to a study from the University of Western Ontario that was published in the Journal of OrthopaedicTrauma.

The researchers used the recently completed FAITH (Fixation using Alternative Implants for the Treatment of Hip fractures) randomized controlled trial to identify more than 600 patients age 50 and older who underwent surgery for femoral neck fracture. They included only patients who were living and/or walking independently before they fractured a hip and who had at least 1 year of follow-up data on whether they had returned to independent, non-institutionalized living and independent walking without the use of a walking aid.

The goals of the study were to:

A year after hip fracture, 3% of patients age 50 to 80 at the time of surgery were living in some type of institution, compared with 20% of patients older than age 80. Of those who were walking independently before hip fracture, about 34% of 50- to 80-year-old patients required a walking aid, as did 69% of those in the over-80 age group.

Patients who were not using a walking aid before their hip fracture and those having “acceptable” hip implant placement were also more likely to return to independent living. Predictors of independent walking included living independently before fracture, having a non-displaced fracture, and not needing revision surgery.

Hip fractures are a common type of “fragility fracture,” affecting an estimated 1.6 million people globally each year. For many older adults, hip fracture leads to decreased  mobility, reduced ability to perform activities of daily living, and loss of independence.

The findings of this study will help the orthopaedic care team better understand which factors affect the chance of recovering independence and mobility after surgery for a femoral neck fracture. Most patients age 50 to 80 should be able to live and walk independently within 1 year after hip fracture. Patients over 80 also have a good chance of returning to independent living, although they are likely to need some kind of walking aid.