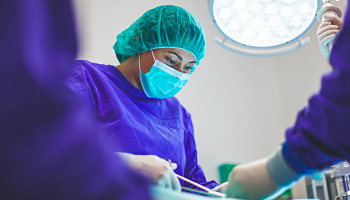 More than two thirds of women orthopaedic surgeons report experiencing sexual harassment during their residency training, according to a survey published online ahead of print by Clinical Orthopaedics and Related Research.

The anonymous online survey was sent to the 682 members of the Ruth Jackson Orthopaedic Society, a professional society for women orthopaedic surgeons. Adapted from a general questionnaire about sexual harassment in the workplace, the survey included questions about the nature of the harassment, who the harasser was, and whether the incident was reported.

Two hundred fifty women orthopaedic surgeons completed the survey. Overall, 68% of respondents said they had been sexually harassed during their orthopaedic training. Harassment was reported by 59% of current trainees and 71% of practicing surgeons.

Only 15% of women who were harassed reported the incident. Current residents were more likely to report harassment than past residents: 26% versus 11%. The women’s reasons for not reporting included negative impact on their careers, feeling that reporting was “pointless” because no action would be taken, or because the harasser was a superior.

The survey adds to previous evidence that women experience high rates of sexual harassment during medical training, and specifically in orthopaedic surgery, a specialty that historically has had low proportions of women surgeons.

“Residency programs should take steps to further identify and combat the sources of sexual harassment by increasing the number of women in leadership roles within the department and by ensuring that women trainees have adequate mentorship from both women and men attendings,” the study authors concluded.