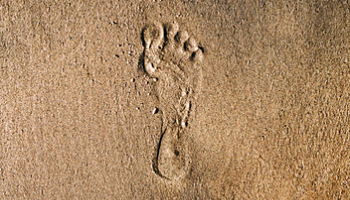 A hydrogel-based synthetic cartilage implant (CARTIVA SCI, Wright Medical Group; Memphis, Tennessee) was approved as a treatment option for hallux rigidus by the US Food and Drug Administration in July 2016.

This decision was based on findings from a prospective randomized controlled non-inferiority study performed by Baumhauer et al [1] involving patients at institutions in the United Kingdom and Canada. The study authors found that the synthetic cartilage implant provided pain relief and functional outcomes equivalent to those of first metatarsophalangeal arthrodesis with safety events.

Exclusion criteria for the study were a hallux valgus angle of more than 20° and concomitant bunion correction. The mean follow-up time was 18.5 months (range 12 to 30 months). Patient-reported Outcomes Measurement Information Scores (PROMIS) for physical function and for pain interference were available for 66% (42/64) and 63% (40/64) of patients, respectively, for their most recent follow-up appointments.

Outcomes of this study were less impressive than the original Level I prospective clinical trial:

Postoperative treatments were also reported in this retrospective study:

Growing evidence indicates that a hydrogel-based synthetic cartilage implant may not function well in all patients with hallux rigidus and that it may lead to early implant subsidence, osteolysis of the surrounding bone, continued inflammation, and ongoing pain. These implant-related complications were not reported in the original Level I prospective clinical trial, but they have been found in other studies such as the recently published article by Cassinelli et al, which is among the first to evaluate the synthetic cartilage implant in a US patient population.

Limitations noted in the study by Cassinelli et al include its retrospective nature, short follow-up, single-surgeon cohort, and multiple concurrent procedures as confounding factors in select patients. Preoperative PROMIS level of function scores also were not collected until midway through the study. Furthermore, in preoperative counseling, the study authors advised patients that they would have a 90% chance of having a good result while maintaining motion. More modest preoperative counseling may have led to a higher postoperative satisfaction level.

In conclusion, although the synthetic cartilage implant had promising early results in a Level 1 prospective trial in the treatment of hallux rigidus, more-recent literature is describing less-favorable outcomes, with catastrophic failure of the implant in many patients.

This article was originally published as Is a Synthetic Cartilage Implant an Appropriate Treatment Option for Patients with Hallux Rigidus? in the NYU Langone Orthopedics Journal Watch section of  www.ICJR.net. Republished with permission.