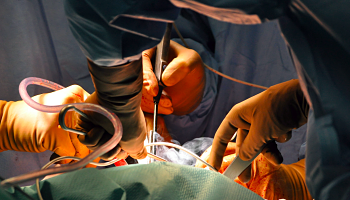 Open fractures of the tibia account for up to 15% of all open fractures. These high-energy injuries expose the patient to significant risk of infection, prolonged immobilization, and sequelae of “fracture-disease.” As a result, the American College of Surgeons (ACS) and the Orthopaedic Trauma Association (OTA) have recommended that Grade IIIB/C open tibia fractures undergo definitive flap coverage within 7 days of presentation (ie, early coverage) to reduce the risk of complication.

Evidence supporting this recommendation is limited by studies with small sample sizes, as well as low rates of deep infection and fracture-related illnesses. Furthermore, the extent to which this guideline is adhered to in clinical practice is unknown.

With this in mind, Pincus et al sought to answer the following questions:

For their retrospective cohort study, they used the ACS Trauma Quality Improvement Program (TQIP) database to identify adult patients who had sustained an open tibia fracture requiring soft-tissue flap coverage during the index admission. The final cohort consisted of 672 patients treated between 2012 and 2015 at 140 Level I and Level II trauma centers in the US and Canada.

The primary exposure investigated was time from hospital arrival to definitive flap coverage, measured in days. This was analyzed as a continuous and a dichotomous variable, with dichotomy being early versus delayed coverage based on the OTA’s 7-day recommendation.

Most patients (61.3%) in the study had not undergone definitive flap coverage within 7 days of presentation. This trend was maintained regardless of whether patients presented with isolated fractures versus polytrauma, or whether they presented directly to a trauma center versus being transferred from a separate facility.

Outcomes between early and delayed coverage groups were then compared after propensity score matching. In this analysis, delayed coverage was associated with a significant increase in surgical complications during the index admission when compared with early definitive flap coverage (16.7% vs. 6.2%; P<0.001). The number needed to harm was only 10.

The movement toward early stabilization and soft-tissue coverage of open fractures of the tibia was championed by Gopal et al in 2000. [1] They detailed a novel, aggressive approach to treating these injuries: An ortho-plastics team followed a protocol that included radical debridement of devitalized tissue, skeletal stabilization, and soft-tissue coverage with a vascularized muscle flap.

Of the 84 patients included in their study, 63 (75%) underwent definitive fixation and flap coverage within 72 hours. These patients had a markedly lower infection rate than patient who did not undergo definitive fixation and flap covering within that time period (3% vs. 19%). [1] Their report served as the impetus for the American College of Surgeons and the OTA’s recommendation for early soft tissue coverage, defined as definitive coverage within 7 days.

The paper by Pincus et al supports the recommendation for early definitive coverage. The authors clearly demonstrate a progressive increase in short-term complication rates when soft-tissue coverage is delayed beyond 7 days. The data are quite powerful when considering the large cohort size and broad spectrum of acute care facilities sampled across North America.

Perhaps more importantly, the authors found that despite a convincing body of evidence demonstrating the benefits of early soft-tissue coverage – as well as a strong recommendation for this protocol by the ACS and the OTA – the majority of patients in North America fail to receive definitive soft-tissue coverage within 7 days of presentation to a Level I or II trauma center. Unfortunately, given the study’s design as a retrospective database analysis, Pincus et al were unable to determine the cause for delay to soft-tissue coverage.

Nonetheless, one can infer that the most common causes for delay fall into 3 categories:

Because of the consistent and clear benefit of early definitive soft tissue coverage, Pincus et al suggest that time to flap coverage may eventually be used as a quality indicator in benchmarking reports. If this were to occur, acute care hospitals would be prompted to investigate, understand, and mitigate surgical delays for patients who had sustained these injuries.

They recommend collaboration between various subspecialties to prepare for this possibility:

A multidisciplinary approach should serve to decrease time to definitive coverage, thus improving clinical outcomes for patients who have sustained severe open fractures of the lower extremity.

This article was originally published as Reducing the Time to Flap Coverage of Open Tibia Fractures in the NYU Langone Orthopedics Journal Watch section of  www.ICJR.net. Republished with permission.