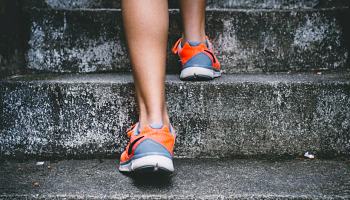 Lim et al report on 200 patients who were treated for an acute Achilles tendon rupture with an identical functional bracing protocol, regardless of whether surgical repair was performed, at their institution over a 10 year period.

Although indications for surgical repair depended on multiple factors including age, activity level, comorbidities, and surgeon preference, relative indications for surgery in this study were younger, high-demand patients or patients who presented more than 24 hours after injury. Relative contraindications to surgery were diabetes, tobacco use, steroid use, and peripheral vascular disease.

RELATED: Save the date for Current Solutions in Foot and Ankle Surgery, February 6-8 in Tampa

Both cohorts, operative and non-operative, underwent the identical bracing protocol:

The study by Lim et al supports the recent trend toward non-operative treatment of acute Achilles tendon ruptures. Although the study by Lim et al is limited by possible surgeon treatment selection bias, its findings are important: No difference in functional outcome between the 2 groups, between the genders, and between younger and older patients.

Surgeons must ensure that patients who choose non-operative treatment understand that their decision does not mean they will not receive any treatment. Proper functional bracing must be appropriately initiated in a timely manner to achieve an optimal outcome. As this study shows, non-operative treatment of acute Achilles tendon ruptures is becoming a more viable option for patients and clinicians.

Disclosures: Dr. Mroczek has no disclosures relevant to this article.

This article was originally published as More Support for Non-Operative Treatment of Achilles Tendon Rupture in the NYU Langone Orthopedics Journal Watch section of  www.ICJR.net. Republished with permission.