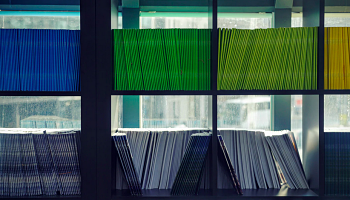 Many studies published in major spine surgery journals do not include full disclosure of researchers’ conflicts of interest (COIs), according to a paper published online ahead of print by the journal Spine.

“[A] large number of physician-industry interactions…are underreported by authors publishing within the surgical spine literature,” according to the study by Jeremy D. Shaw, MD, and colleagues of University of Pittsburgh Medical Center. They propose steps to encourage more accurate disclosure of potential COIs, especially in spinal surgery, where relationships between surgeons and the biomedical device industry play a crucial role in research and innovation.

The researchers reviewed financial COIs from authors who published studies in Spine, The Spine Journal, and the Journal of Neurosurgery: Spine between 2014 and 2017. The analysis included nearly 40,000 authors contributing to about 6,800 research articles.

The COI disclosures for each author were compared with those in the Center for Medicare and Medicaid Services’ publicly available Open Payments Database (OPD). Established under the Affordable Care Act, the OPD requires pharmaceutical, medical device, and biological products manufacturers to report all payments to physicians of more than $10. Overall, 15.8% of spinal surgery authors had payments reported in the OPD.

“Undisclosed payments included $180 million in researcher funding and $188 million in royalties,” Dr. Shaw and colleagues write. Charitable contributions and payments from royalties/licenses were most likely to be accurately reported, while funds for research and entertainment were least likely to be disclosed.

About 77% of authors of studies published in Spine had accurate disclosures, compared with 42.5% for The Spine Journal and 41% for the Journal of Neurosurgery: Spine. This might reflect differences in reporting criteria between journals; for example, Spine presents disclosure statements for all authors combined, rather than individually.

Although physician-industry relations are essential for progress in medicine, they have the potential to introduce bias that may influence research findings. “The connection between industry and spine surgery is essential for the further development of surgical techniques and hardware,” Dr. Shaw and coauthors write. “There is a need for transparency in academic publishing with the increasing public scrutiny of medical publishing.”

The authors emphasize that their study is not aimed at making accusations of misconduct, and that under-disclosure likely does not involve conscious effort to hide financial interactions. For example, the study found that less-experienced authors were more likely to have inaccurate disclosures than more-experienced authors, suggesting that junior researchers may need mentoring on the importance of accurately reporting COIs.

Dr. Shaw and colleagues suggest a system to improve financial transparency: Searching public databases such as the OPD to actively verify relationships between authors and industry before studies are published. “There is a need to standardize COI reporting and actively query the publicly available databases of payments to increase rates of correct financial COI disclosure in the spine literature,” they concluded.