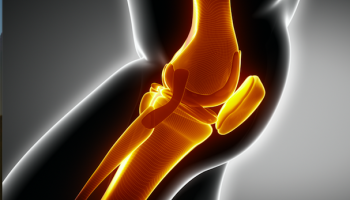 The meniscus root is a key component of the meniscus, as it anchors the meniscus to the underlying tibial plateau and disperses axial forces into hoop stresses during cyclical loading. When the root is disrupted, there is a loss of hoop strain resistance, which has been found to increase articular cartilage contact pressure and accelerate degenerative changes. Biomechanical studies indicate that a posterior root tear is functionally and biomechanically comparable to a total meniscectomy.

Historically, patients with root tears have been treated non-operatively or with a partial meniscectomy. However, given the recent biomechanical data supporting meniscal preservation, repair of meniscal roots has become more prevalent.

With this in mind, Bernard et al sought to determine if meniscus root repair results in a lower rate of progression to total knee arthroplasty (TKA), a lower rate of osteoarthritis (OA) on radiographs, and/or improved functional outcome scores compared with non-operative management or partial meniscectomy.

For their study, they divided 45 patients with meniscal root tears into 3 cohorts:

The outcomes they assessed included:

In their analysis, 0/15 patients undergoing meniscal root repair required a TKA at a mean follow-up of 74 months, compared with 4/15 patients treated non-operatively and 9/15 treated with partial meniscectomy (P = 0.0003). Radiographic progression of OA was significantly lower in the meniscal root repair cohort compared with the non-operative and partial meniscectomy cohorts (P = 0.001). No differences were seen in functional outcomes scores among the 3 cohorts.

It is generally well established through biomechanical and clinical studies that partial, subtotal, and total meniscectomy are associated with a significant risk of knee OA. The amount of meniscus removed is directly correlated with increased risk of OA, highlighting the importance of meniscal preservation strategies to optimize the longevity of the native knee.

The main clinical finding of the study by Bernard et al is that medial meniscus posterior root repair is effective at decreasing the risk of subsequent TKA and radiographic progression of OA compared with more conservative treatment strategies. This finding is consistent with previous literature on the topic.

However, clinical outcomes scores were not statistically different among the cohorts. In the literature, Tegner and IKDC scores are somewhat variable among patients who had undergone root repair, partial meniscectomy, or non-operative management of posterior root tears. The fact that no significant statistical differences were observed in this study may be the result of it being underpowered.

A major limitation of the study is the small sample size. Although it is commendable that the authors were able to identify 15 patients in each cohort who were matched by age, BMI, and sex, the inherent selection of patients for each treatment arm often depends on these factors, thus making it difficult to identify patients with similar demographic data being treated in different ways.

Another limitation is that patients were not matched based on limb alignment. There is substantial recent data to support the use of full-length limb alignment imaging studies in these cases, as varus alignment results in increased medial compartment peak pressures.

Because of the clear benefit of meniscal preservation, the authors recommend that medial meniscus posterior root repair be performed when indicated.

Disclosures: The authors have no disclosures relevant to this article

Haskel JD, Campbell KA. Does Repair of Medial Meniscus Posterior Root Tears Result in a Decreased Risk of TKA? Published 18 May 2020 on ICJR.net. Used with permission.