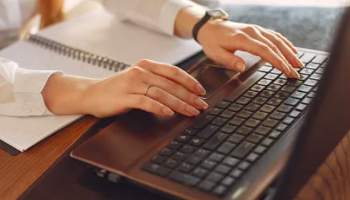 In an analysis of data from a large midwestern orthopaedic practice, members of the clinical care team accessed patient-reported outcome measures (PROMs) for fewer than 1% of visits by patients who had undergone total knee or total hip arthroplasty, even though the data had been successfully incorporated into the practice’s electronic health records (EHRs).

“Making PROMs available for care team review in the EHR…is not enough to encourage integration of PROMs into clinical care for patients,” the study authors said.

Analysis of PROMs Use

This study was part of a larger project at a midwestern health network. Leadership of the orthopaedic department included in the study decided to invest in integrating PROMs into the EHR, and starting in 2017, the department’s clinical team began collecting PROMs data on all patients undergoing total knee arthroplasty (TKA) or total hip arthroplasty (THA). The collected data included assessments of joint function, general health and functioning, and patient satisfaction.

To find out how this information was being used at the point of care, the study authors analyzed how often the PROMs data were accessed via the EHR by orthopaedic surgeons and other care team members for patients undergoing TKA or THA over a 15-month period in 2019 to 2020.

The analysis included data on 2400 TKAs performed by 22 surgeons and 1545 THAs performed by 20 surgeons. Most patients completed the PROM questionnaires, with response rates ranging from 68% before surgery to 55% at the 12-months follow-up visit.

In more than 16,000 care encounters associated with these surgeries, clinicians viewed PROMs data in the EHR just 156 times. The patient ratings were accessed by care teams for 0.9% of clinical encounters.

The PROMs data views were “largely clustered by surgeon,” the study authors said, with 4 surgeons accounting for more than 75% of the views. For most patients, the PROMs data were never accessed as part of clinical encounters.

Barriers to PROMs Use?

Although survey response rates were relatively high and the data were successfully integrated into the EHR, “the use of these PROMs data among surgeons and care teams was nearly non-existent…suggesting that a critical step in the pathway to the promise of using PROMs to improve the individual patient encounter was not being realized,” the study authors said.

The researchers noted that their analysis was limited to 2 types of surgeries in a single department. However, they also point out that their project may represent a “best-case scenario” for clinical use of PROMs data, carried out in a setting with a long history of supporting measurement and quality reporting.

“If the use of PROMs for clinical care was not taken up here, this problem might be even more likely to be present in other systems without these supporting factors,” the study authors concluded. They also highlighted the need for “[a]dditional effort…to identify barriers to PROMs use in clinical care and to test methods to enhance use.”