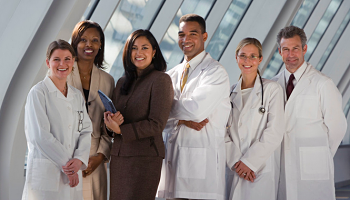 Minor and major complication rates are known to be quite high – as high as 70% – in adults who undergo surgery to treat complex spinal deformities.

What can be done to decrease adverse outcomes in these patients? At NYU Langone, the answer is preoperative case conferences, initiated in February 2019. This approach is common in medical specialties, but not often utilized in spine surgery.

To determine whether the multidisciplinary case conference approach has been effective, the team evaluated outcomes in high-risk spinal deformity patients who had undergone surgery between January 1, 2017, and October 31, 2020, at NYU Hospital for Joint Diseases/NYU Langone Orthopedic Hospital. Patients referred for presentation at the case conference had at least 1 of the following criteria:

Other factors, such as operative time, length of stay, postoperative transfusion, and neuromonitoring signal loss, were similar between groups.

These findings were presented at the 2022 Annual Meeting of the American Academy of Orthopaedic Surgeons.

“Spinal deformity surgery is one of the most complicated and high-risk operations in our field,” said the study’s senior author, Charla R. Fischer, MD. Dr. Fischer is an Associate Professor in the Department of Orthopaedic Surgery at NYU Grossman School of Medicine. She is also the Director of Quality and Patient Safety in the Division of Spine Surgery at NYU Langone.

“This single-center study shows how impactful multidisciplinary conferences are before high-risk, complex spinal deformity surgeries. It’s critical for institutions to develop this protocol to achieve the best outcomes for their patients.”