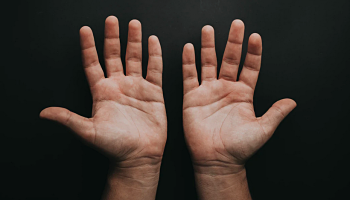 In a study presented at the 2019 ACR/ARP Annual Meeting, methotrexate did not demonstrate superior efficacy over placebo for pain relief and function evolution at 3 and 12 months in patients with erosive hand osteoarthritis (OA), but it did significantly reduce the progression of joint damage over placebo and seems to facilitate bone remodeling in these patients.

No studies so far have evaluated the effect of methotrexate (MTX), a disease-modifying anti-rheumatic drug, in hand OA. Researchers conducted this 1-year prospective, monocentric, randomized, double-blind, placebo-controlled study to examine the drug’s effect on pain and structural progression in patients with symptomatic erosive hand osteoarthritis.

“Erosive hand OA poses problems in terms of pain, function, and disability, but especially given the lack of truly effective therapies.” said Prof. Christian Roux, head of the joint unit in the rheumatology department at Cote d’Azur University in France, and the study’s lead author. “The natural evolution of erosive hand OA is characterized by a succession of erosive phases and remodeling. These rearrangements suggest the involvement of pro-inflammatory cytokine cascades known to cause cartilage degradation and bone resorption.

Sixty-four patients with erosive hand OA were randomized into 2 groups: 10 mg of MTX per week or placebo. The primary endpoint was pain assessment at 3months. Secondary endpoints were clinical features – including pain measured on a Visual Analogue Scale (VAS) – radiographic features, and magnetic resonance imaging (MRI) at 12 months.

Although MTX did not demonstrate superior efficacy over placebo for improvement of pain and functional evolution at 3 and 12 months, it did significantly reduce joint damage progression compared with placebo and seems to facilitate bone remodeling, the study authors said. The presence of systemic and local inflammation at baseline predicted erosive progression.

“The study does not demonstrate superior efficacy of MTX over placebo on pain and function in subjects with erosive hand OA. But probably it will be linked to a multifactorial origin of pain in these subjects such as mechanical or inflammatory pain,” Prof. Roux said. “It is possible that we have to treat earlier if we want to have an effect on pain.

“However, our results show a structural effect of the treatment that facilitates bone remodeling and seems to slow the erosive structural progression of digital osteoarthritis with a seemingly more pronounced effect in patients with early lesions. I think this is a major point. The main complaint for people is the deformity linked to structural evolution in this disease. Our study’s results should encourage new studies to be conducted.”