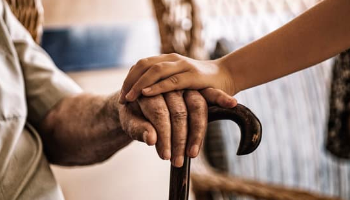 Some researchers have suggested that muscle mass likely has little to no role in fracture risk among older individuals.

A new multicenter study challenges that assumption, at least for men: Results of a prospective study published online ahead of print by the Journal of Bone and Mineral Research show that older men with lower muscle mass have significantly increased risk of hip fracture, and potentially other fractures.

The study was conducted by the Osteoporotic Fractures in Men (MrOS) Study Research Group, which includes 6 clinical centers the in US: Birmingham, Alabama; Minneapolis, Minnesota; Palo Alto, California; the Monongahela Valley near Pittsburgh, Pennsylvania; Portland, Oregon; and San Diego, California.

“Previous findings from our research and other studies have shown that low DXA (dual energy X‐ray absorptiometry) lean mass, a commonly used but inaccurate approximation of muscle, is unrelated to a higher risk of fracture.” said Peggy Cawthon, PhD, lead author, MrOS principal investigator. “This has led some researchers to erroneously conclude that muscle is relatively unimportant for fracture risk.

“However, these new results suggest low muscle mass is, in fact, associated with increased risk of hip fractures in older men, even after accounting for factors such as age and bone mineral density that may influence muscle mass and fracture risk.”

The new study included 1363 men with a mean age of 84.2 years. The researchers determined fracture risk by quartile of muscle mass, as assessed by the D3-creatine (D3Cr) dilution method. The researchers also investigated the mediating influence of physical performance – walking speed, chair stands and grip strength – on the relationship between muscle mass and fracture.

The D3Cr dilution method is a direct assessment of muscle mass currently available only in research settings; clinical utility is being tested in the MrOS study and by other researchers. This method relies on several aspects of creatine biology to estimate muscle mass; it does not rely on the assumptions used in compartment models such as DXA.

The researchers found that D3Cr muscle mass weakly correlated with femoral bone mineral density (r=0.10, P<0.001). However, it correlated strongly with fractures, especially hip fracture. Compared with men in the highest quartile, those in the lowest quartile of D3Cr muscle mass/weight were about twice as likely to have a clinical fracture, any non-spine fracture, and were about 6 times more likely to have a hip fracture at approximately 4 years’ follow-up.

The study authors said that the relationship between D3CR muscle mass and fracture may be mediated by poor physical performance.

“Resistance exercise and even simple activities like climbing stairs may be important for maintaining muscle strength and preventing fractures. However, more information from the best evidence – randomized controlled trials – is needed to confirm these findings and help guide clinical decision making.”

Do the Findings Also Apply to Women?

A limitation of the study is that the cohort was entirely male, as the measure of muscle mass was added to an ongoing study about osteoporosis in men.

“It is important to determine if these associations are also true in women,” said Dr. Cawthon, a Professor in the Department of Epidemiology and Biostatistics at the University of California, San Francisco.

“If so, then it will be critical to test whether interventions that improve muscle mass also lower fracture risk, and how the D3Cr dilution assessment of muscle mass may potentially be used in the clinic to measure health outcomes.”