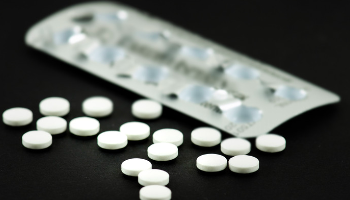 Surgeons at many institutions have added intravenous (IV) dexamethasone to their multimodal pain management protocol for total joint arthroplasty patients. With the increase in same-day discharge, however, postoperative IV administration has become impractical.

Would it be possible to safely and effectively substitute oral dexamethasone for IV dexamethasone in patients undergoing joint replacement in the outpatient setting?

Research presented at the 2022 annual meeting of the American Association of Hip & Knee Surgeons (AAHKS) suggests that the answer is yes, at least for patients undergoing total knee arthroplasty (TKA): Investigators at the Henry Ford Health System found that augmenting their pain management protocol with oral dexamethasone was not only safe, but that it was also effective in controlling postoperative pain following outpatient TKA.

The study received the AAHKS Clinical Research Award, which is given annually in recognition of an outstanding clinical paper in the field of hip and knee arthroplasty.

For this double-blind, randomized, placebo-controlled trial, the investigators prospectively assigned 109 consecutive TKA patients at a single institution to 1 of 2 groups:

The primary outcome was pain scores based on the Visual Analog Scale (VAS), and the investigators found that:

No differences were observed between the groups for the secondary outcomes of nausea, vomiting, 90-day complications, ability to walk with/without assistance, difficulty sleeping, and early patient-reported outcomes.

The investigators concluded that oral dexamethasone following primary TKA reduces pain scores postoperatively when added to a multimodal pain control regimen. This is a clear benefit for outpatient surgery, where patients are unable to receive the traditional postoperative IV dose of dexamethasone.

“With the recent push to same-day discharge in total joint arthroplasty, surgical teams have had to optimize their enhanced recovery after surgery protocol,” said lead author Jonathan H. Shaw, MD. “Preoperative and postoperative intravenous dexamethasone has been a subject of interest in orthopaedics [in] recent years because of its benefit with postoperative pain and nausea.

“Because of this study, the [Henry Ford Health System] arthroplasty team has [added] an oral dexamethasone protocol to the postoperative orders after primary TKA.”