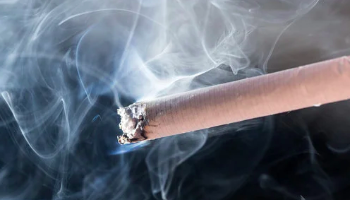 It’s no secret that smoking cigarettes is the culprit behind a host of medical conditions, including respiratory diseases and cancers of the lungs and throat.

A new study from the University of Nevada, Las Vegas (UNLV) has found that men — who, demographically, are more likely than women to smoke — are also placing themselves at a significantly increased risk of osteoporosis, bone fractures, and early death due to smoking.

The researchers’ finding that smoking increases fracture risk in men by as much as 37% was based on a review of nearly 30,000 fracture cases reported in 27 research publications over the past 3 decades. Their meta-analysis, published by the Nature journal Scientific Reports, is the first to expand scientists’ scope beyond examining primarily hip fractures to other parts of the body, including the wrists, shoulders, forearms, femurs, lower legs, and spine.

Data from previous studies have indicated that smoking increases the chance of spine and hip fractures in men to 32% and 40%, respectively. These older studies found that between 21% and 37% of men who smoke die within a year of their fractures.

“Smoking is a major risk factor for osteoporosis and risk of fracture,” said study lead author Qing Wu, MD, ScD, a researcher with UNLV’s School of Public Health and the university’s Nevada Institute of Personalized Medicine.

“Men tend to smoke more than women, increasing their risk for osteoporosis, which has traditionally been thought of as a women’s disease.”

Smoking is thought to increase the risk of skeletal fractures because the chemicals in cigarettes negatively impact bone cells and reduce the body’s ability to absorb vitamin D and calcium — critical nutrients for bone mineral density, Dr. Wu said.

In addition, smoking is considered a risk factor for injury in general because there is evidence that nicotine interferes with the tissue repair process, making the body more susceptible to wounds and inhibiting fracture healing.

“Smoking is the single most preventable cause of disease, disability, and death in the United States,” the researchers said. “Smoking cessation would greatly reduce fracture risk in all smokers, particularly in men.”