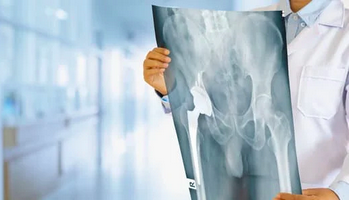 According to the Agency for Healthcare Research and Quality, nearly 600,000 inpatient total hip arthroplasty (THA) procedures were performed in the US in 2018. [1]

Although THA has shown to be a safe and effective procedure for relieving pain and improving function, [2] complications do occur. Surgeons and device manufacturers have proposed new techniques and technologies to address the risk of complications, including the use of robotic surgical systems.

In a study published online ahead of print by The Journal of Arthroplasty, researchers from Henry Ford Health System report that robotic-assisted surgery can contribute to lower complication rates compared with traditional manual techniques.

Their study is believed to be the first to compare postoperative complications between robotic-assisted and manual THA in a large cohort of patients followed for several years, adding to the growing body of research in the field of robotic-assisted joint replacement.

This retrospective study included 2247 patients who had undergone THA (1724 manual, 523 robotic-assisted) between January 2014 and June 2020. The procedures were performed by 3 surgeons at a single Henry Ford Health System hospital.

The researchers found that the dislocation rate for robotic-assisted THA was nearly 4 times lower than for manual THA (0.6% vs 2.5%, respectively). The risk of an unstable hip was 3.5 times less for robotic-assisted THA than for manual THA when the researchers controlled for gender, race, age, prior spine surgery, and other factors known to contribute to instability.

Cup anteversion was greater and cup inclination was lower in the robotic-assisted THA group compared with the manual THA group. The researchers did not observe any significant differences between groups for demographics, PROMs, or other postoperative complications.

Jason J. Davis, MD, the study’s senior author and a Henry Ford orthopaedic surgeon specializing in hip and knee replacement, cautioned that the results should not be interpreted to indicate that robotic-assisted surgery is superior to the tried-and-true traditional method of THA. Current research comparing outcomes between the 2 types of procedures is too limited.

“Patients, in consultation with their joint replacement surgeon, should decide which surgical option is best for them,” Dr. Davis said. “Robotic surgery for hip replacement surgery continues to evolve and more larger studies are needed to better define the advantages.”