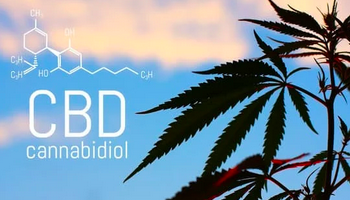 Managing postoperative pain with little or no opioid use remains a goal for most orthopaedic surgeries, and that generally means taking a multimodal approach to pain management.

The question is, which drugs should be part of a multimodal protocol?

There are multiple answers to this question, including acetaminophen, non-steroidal anti-inflammatory drugs (NSAIDs), regional anesthetic agents, gabapentinoids, and others, depending on the type of surgery and the protocol at a given institution.

A new investigational drug – a buccally absorbed tablet containing cannabidiol (CBD) – may eventually join this list, based on a recently reported study.

In the study, presented at the 2022 Annual Meeting of the American Academy of Orthopaedic Surgeons, the researchers said that the CBD tablet (ORAVEXX, Orcosa; Ewing, New Jersey) safely managed pain after minimally invasive rotator cuff surgery without the side effects sometimes associated with CBD use, such as nausea, anxiety, and liver toxicity.

“There is an urgent need for viable alternatives for pain management, and our study presents this form of CBD as a promising tool after arthroscopic rotator cuff repair,” said lead investigator Michael J. Alaia, MD, an Associate Professor in the Department of Orthopedic Surgery at NYU Langone Health in New York City.

“It could be a new, inexpensive approach for delivering pain relief, without the side effects of anti-inflammatory drugs like NSAIDs and the addiction risks linked to opiates. Additionally, CBD has the benefit of pain relief without the psychotropic effects associated with THC or marijuana.”

The Phase 1/2 study – sanctioned by the US Food & Drug Administration (FDA) – was conducted at 2 locations, NYU Langone Health and Baptist Health/Jacksonville Orthopaedic Institute in Jacksonville, Florida. The researchers recruited 100 patients aged 18 to 75 and then randomized them to receive either the CBD tablet or placebo, taken 3 times a day for 14 days after surgery.

Patients in both groups were also prescribed a low dose of oxycodone-acetaminophen (Percocet) and were instructed to wean off this medication as soon as possible.

One patient dropped out of the study, so data analysis was done on results from 99 patients.

The researchers followed up with the patients on POD1, POD2, POD7, and POD14. They recorded patients’ pain levels based on the Visual Analog Scale (VAS), their opioid consumption, and their satisfaction with pain control. On POD7 and POD14, the researchers obtained patients’ blood for liver function tests to evaluate the safety of the drugs.

Further analysis also showed that patients who were taking 50 mg of CBD reported lower pain and higher satisfaction with pain control compared with patients taking the placebo. No major side effects were reported.

These findings, the researchers said, highlighting the significant benefit that CBD may confer on patients with moderate pain.

Use of the CBD Tablet Is Still Experimental

However, Dr. Alaia cautioned patients against seeking out commercialized CBD products, regardless of the promising results in this study.

“Our study is examining a well-designed, carefully scrutinized product under an investigational new drug application sanctioned by the FDA. This is currently still experimental medicine and is not yet available for prescription,” he said.

Researchers at NYU Langone have initiated a second study to investigate whether the CBD tablet can specifically treat chronic pain in patients with osteoarthritis. Multiple phase 2 studies are also planned to evaluate the drug’s efficacy for other acute and chronic pain management issues and to assess the role of CBD on inflammation.