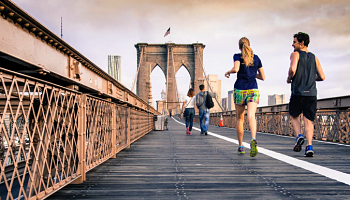 Although 3 types of tendon grafts provide good long-term outcomes in patients undergoing anterior cruciate ligament (ACL) reconstruction, use of a patellar tendon graft may offer an advantage in reducing the risk of repeat ACL injury in younger, more active patients, according to a study from the University of Calgary Sport Medicine Centre in Canada that was published in The Journal of Bone & Joint Surgery.

The researchers analyzed 5-year follow-up data from a study that had included 330 patients, ages 14 to 50 years, with ACL tears. These patients were randomly assigned to ACL reconstruction using patellar tendon, hamstring tendon, or a double-bundle hamstring tendon graft. In a previously published report, the 3 groups had similar outcomes at 2 years after surgery. [1]

The new analysis included 95% of the original patients: 178 males and 137 females who were an average age of 34 years at follow-up.

The researchers found that at 5 years after ACL reconstruction, the 3 groups had similarly high ACL quality-of-life scores, with average ratings between 81 and 84 out of 100. The change in scores from 2 to 5 years after surgery was also similar among groups.

On an objective rating scale, the percentage of patients with “normal or near-normal” knees was somewhat higher in the patellar tendon group (87%) than in the hamstring tendon group (82%) and the double-bundle group (75%). Scores on a subjective knee rating scale were similar among all 3 groups.

The patellar tendon group had the lowest overall risk of repeat knee injury at 4%, compared with 15% in the hamstring tendon group and 16% in the double-bundle group. The risk of tearing the ACL in the opposite knee increased from 2 to 5 year’ follow-up, with no significant difference among the 3 groups.

The authors commented that, “Anterior cruciate ligament injuries affect quality of life and knee function of thousands of young people annually, typically those in their prime,” noting that by analyzing 5-year data on 3 tendon options for ACL reconstruction, they are providing valuable evidence for treatment decision making.

The results show good 5-year outcomes for all 3 tendon grafts. The main significant difference among the techniques is the lower rate of repeat injury to the reconstructed ACL with the patellar tendon graft: about one-fourth the risk when compared with the hamstring tendon and double-bundle groups. Conversely, kneeling pain was more common with patellar tendon reconstruction.

Traumatic reinjury to the graft remains the most notable problem after ACL reconstruction. “This is even more of an issue for younger patients who are at higher risk [of repeat knee injury],” the authors said. They “recommend a patellar tendon reconstruction for higher-risk, younger patients” based on their findings.