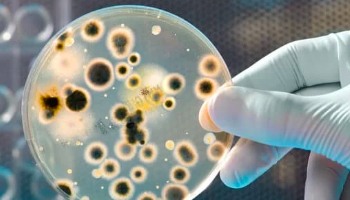 Preoperatively, surgeons can use either aqueous 10% povidone-iodine or aqueous 4% chlorhexidine gluconate to prep a patient with an open extremity fracture and be assured that the solution they choose is just as effective as the one they didn’t choose in preventing postoperative infection.

That’s the conclusion of investigators involved in a head-to-head comparison of the 2 antiseptic solutions at 14 hospitals in the US, Canada, and Spain. Results of this randomized clinical trial, called Aqueous-PREP, were published in The Lancet and presented at the recent annual meeting of the Orthopaedic Trauma Association in Tampa, Florida.

“Many surgeons prefer to use povidone-iodine skin preparation for open fractures because of its wide availability as an effective aqueous solution,” said study co-principal investigator Gerard Slobogean, MD, MPH, Associate Professor of Orthopedics at University of Maryland School of Medicine and an orthopedic trauma surgeon at the R. Adams Cowley Shock Trauma Center at the University of Maryland Medical Center, both in Baltimore.

“Our findings should reassure surgeons that either antiseptic solution is fine to use, and they can base their decision on product availability, cost, or patient contraindications.”

Between April 8, 2018, and June 8, 2021, investigators recruited more than 1600 patients aged 18 and older who were with admitted to 1 of the 14 study locations with an open extremity fracture requiring surgery.

Each hospital was randomly assigned (1:1) to use either aqueous 10% povidone-iodine or aqueous 4% chlorhexidine gluconate at the beginning of the study. Every 2 months, each hospital switched solutions, continuing this pattern for the duration of the 3-year trial.

The unique study design – a multiple period cluster randomized crossover trial – ensured that all study hospitals used both formulations equally and controlled for variations among hospitals that could have also affected postoperative infection rates.

This research was supported by the PREP-IT Investigators, which includes a network of more than 200 physicians, allied health care providers, trauma patients, and clinical researchers, and funded by the US Department of Defense, the Canadian Institutes of Health Research, McMaster University Surgical Associates, and the PSI Foundation.